Located in the Heart of the Irish Hills

Meetings take place at the times and locations below unless otherwise indicated. There are times when meetings may be cancelled or held at a different time or location, so please check our Important Notices, Calendar, or call us at (517) 592-2591.

Latest agendas are shown along with the minutes below.

There are great things happening in and around the Brooklyn area of the Irish Hills. 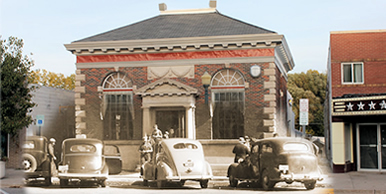 About the Village of Brooklyn

Brooklyn, Michigan is a cozy town snuggled between three lakes in the Heart of the Irish Hills. This growing community continues to have new businesses open within the village limits enabling the town to be a complete shopping center.

Two mini-plazas have been established between the downtown area and the shopping mall to the south side of the village, adding many small businesses of interest to shoppers. For summer visitors and permanent residents, the community can provide for every need.

There are more than 50 lakes within a 10-mile radius of the Brooklyn Village limits which have given it the title "Heart of the Lakes." Many businesses and service groups have adopted this slogan as a part of their name.

Three of the lakes are large and support substantial numbers of visitors for summer and winter fun. Wamplers Lake, Clark Lake and Vineyard Lake all have parks. Hayes State Park is located at Wamplers Lake and county parks are at the other two lakes. Clark Lake also has a township park. Lake Columbia is a man-made, private lake. Property association members have a number of parks maintained for their private use. Many new homes are being built in the area as people discover this wonderful area.

Village of Brooklyn is a great place to visit! shop! live!